It’s not often that as a family you can afford the time to spend almost 2 months in a Canadian ski resort, so when we had the opportunity to do that earlier this year Tracy and I were quick to jump at the chance.

My family had decided to spend a family holiday together in Canada for Christmas 2012. The decision had been made to spend a week in Vancouver and then head up to the Big White Ski Resort for a further two weeks together. After that Tracy and I decided to stay on for another month to really give us all an opportunity to see what it is like to live in a ski resort (it’s safe to say that I am currently planning on moving to Big White Ski Resort in the next 2 years – but first I have to get a Canadian work visa while still working for myself – I am busily sorting out those details!)

Once it was confirmed that we were going to be spending some time in Big White I decided to look into whether there were some snowboarding courses that I could join while we were there. I didn’t want to just have daily snowboarding group lessons. I was really looking for the group environment where I could meet some new people and form some lasting connections. I’ve found you can’t always do that when you simply drop in here and there for an hour or two of lessons.

I had a talk with one of the owners of Snowskool, Phil. He reassured me that I could get the benefits I was looking for from the instructor course but that I didn’t have to take the certification at the end. As it turned out we were leaving before the first round of certifications anyway! With that in mind, I signed myself up!

I have to admit that being able to participate in this course was only due to the fact that Tracy was happy (mostly) to be with the kids and minus a husband! Something about the climate in the snow really agreed with her and helped alleviate much of the pain she suffers from migraines. Whether it was the cold, the altitude or something else, Tracy was able to live up there on the mountain in relative comfort and this was something she’s not had for a very long time.

Being able to join in the snowboarding course and know that I would return to a happy wife and kids was a huge bonus of our time spent at Big White. It made the improvements I achieved in my own snowboarding technique that much sweeter!

So what did I achieve from attending Snowskool’s instructor course?

I met great people with a real zest for life. A group that cheered you on as you leapt off an 8-10 foot cliff and prayed you’d stick the landing! People who were so enthusiastic that you just knew you were in the right place. Looking forward to every single day of the course was a huge highlight.

Each day I learnt something new and could feel the improvement in my technique having a direct impact on the way that I snowboard. Anyone who has skied or snowboarded will understand the thrill of moving to the next skill level and owning those moves!

On our last day on the mountain, I achieved one of my goal for my time at Big White. I wanted to know that I had improved enough to be able to land a 180. On the second last run I landed a 180 on a gentle kicker. Just quarter of an hour later on my last run down with Noah I showed him just how cool I was by landing another! Twice on the last day with a 100% success rate! I was thrilled that I had given it a go! Noah was pretty impressed too!

I never would have had this level of improvement if I hadn’t signed up to attend the Snowskool Snowboard instructors course and I have to give a big shout out to Phil for talking me into it and for being so right about the experience I would have.

I would love to have the opportunity to attend Snowskool again. Do you think Tracy would notice if I was missing come winter?

Disclaimer: Just so you know I did pay for this course. It was not provided to me free of charge and I am happy to recommend them based off my own experience.

Deciding to travel long term as a family over three years ago was one of the best decision we have ever made. I could spend hours listing out the benefits that we’ve found individually and as a family. But we’ve also found ourselves creating this small list in the back of our head, the ‘When we stop one day’ list. The things that are impracticle or impossible to have while you are living out of suitcases or moving location every few months or year.

The one thing our children feel like they are missing out on the most is having a pet. They would love a cat or dog. Being in Asia certainly doesn’t help the situation. Some days it seems like every restaurant that we eat at has a stray kitten or puppy to play with. They’ve even started naming them and asking for money to buy food.

We’re about to stop for a year or two in New Zealand. The kids have seen it as an opportunity to ramp up the ‘We want a pet’ campaign. Our daughter has taken to googling funny cat photos and emailing them to us. The problem is unless we’re happy to commit to one country forever or start travelling with a pet, we need to start our own parent campaign that convinces them a hamster, a mouse or fish is a much more sensible idea for now!

One day though, when we are stopped forever, it would be lovely to had a pet. 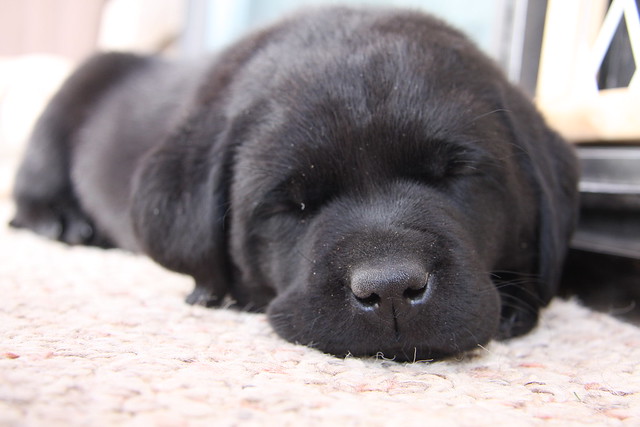 When you travel long term you take a lot of photos. But the irony is you don’t have anywhere to display them. No home to print them off and display them proudly in frames on a shelf. And certainly no four walls to call your own covered in giant canvas prints of your favourite travel memories. We have digital copies, the blog and I’ve printed off one photo book of our favourite photos but I like to dream that one day we’ll have a house that we’ll call home for long enough to justify printing all our favourite memories on canvas and filling several walls with thme.

Not having to say “Maybe one day … when we stop”

I love that travel has taught us all how little we actually need to be happy. But if I’m being totally honest there are things that we’d all like. Most of them are more expensive, good quality purchases and larger items. Things like bikes and toys too large to fit in a backpack.

After three years you get tired of saying to the kids and each other “sorry we can’t buy you that because we can’t carry it. One day when we stop”. And they get sick of hearing it. So I look forward to the day that we stop and we can actually get those few important things we’d all really like.

More than two pairs of shoes

I never realised it was actually possible to hate a pair of shoes until I only had the option of wearing two pairs of shoes day in, day out for a year on end until they fell apart. I’m not a girly girl but this life style is enough to make even the most practical woman think Imelda Marcos might just have been onto something with her 1220 pairs of shoes.

Personally, I’ll settle for having a brown and black pair of sandals so I don’t always have to wear brown sandals with black skirts, two pairs of heels, joggers and maybe, lets not get too crazy now … an equal amount of shoes in a winter selection.

How about you? Do you have a list of things you dream of for that day when you stop? 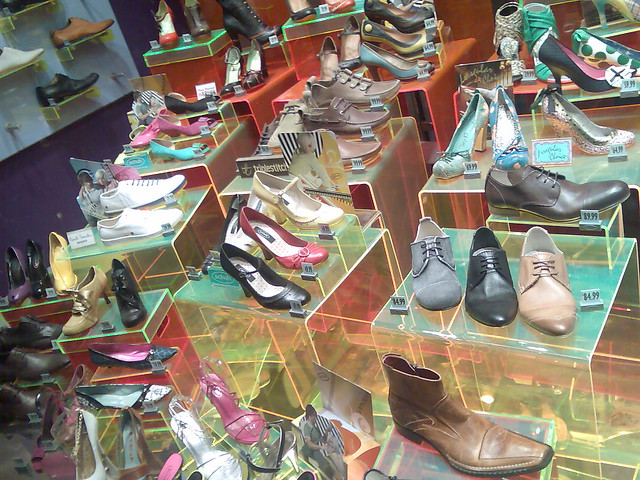