Seeing Australia isn’t not something you can rush. Well you can, you can just come for a few weeks, see the Sydney Harbour Bridge, relax at the beach and head to a theme parks, feed a kangaroo and head home. Which is all fantastic but it’s like trying to see all of the USA in a week – sure you can fit in LA and New York but what about Yosemite and the other amazing national parks, the lakes, the Grand Canyon and the desert? To name just a few.

You can spend a week exploring Australia and have an amazing time, but if you really want to see all the natural beauty of the country you need to think longer. A lot longer. You could spend two years driving around the country and still feel like you haven’t seen everything yet.

We decided to spend four months last year camping around Australia with the hope of seeing most of the east coast, around to Adelaide and up the middle. It only took us a week to realise there was no way we could cover that ground. Each place we visited we wanted to stay longer, see more, enjoy more. Each beach was that beautiful we wanted to stay longer. Each camp site offered more opportunities to get close to wildlife, ride bikes, play and explore. The outback was so stunning as it rolled by we could have driven through it for weeks … probably a good thing as to reach many spots this is exactly what you need to do! The Snowy Mountains in summer … wow we’d move there forever thanks! We ended up covering 1/3 of the distance we originally intended to.

Camping is a great way to bond with your family, but we all need a break every once and a while. If you’re traveling Australia and starting to feel the effects of cabin fever, you should consider getting a hotel at least somewhat frequently. It will give you all some much needed comfort.

Livin On The Road

Livin On The Road are a family of 6 who have been caravaning their way slowly around Australia for the past two years. I have to admit every time I read about their adventures I get a little jealous. They really know how to enjoy the best of Australia’s outdoors. After the last year in Victoria and South Australia, they’ve just crossed the Nullabor to reach Western Australia. The father, Jarrad, also blogs at Wandering Photographer with some fabulous photos and great family destination suggestions for remote areas you’ve probably never even heard of.

New Life on the Road

New Life on the Road are a family of six who set off last year to explore Australia … just a little earlier than they had planned after the mother, Lisa, bought a bus off eBay sight unseen without telling her husband. That was just the start of their adventures! If you want to know more about them and why they made their decision to explore Australia in a motor-home, I’d really recommend reading their 17 reasons article. I can really relate to it.

Anyone who can fit 11 people … yes 11 … in a bus, along with two dogs and a bird has our admiration. Holiday Road have been travelling for six years around Australia with no end in sight and still finding new places to explore. I love looking at their photos of places that seem so far away and the kids always look like they are having such a brillant time.

After exploring New Zealand in a converted horse float, Sparkling Adventures are now working their way around Australia. I love reading their insights on life, family and travel. They also seem to have a knack for finding the best spots and outings for children in each location they visit.

After two years exploring every state and territory of Australia, this family of 6 have decided to stop a while in northern Queensland. I’m sure this isn’t the end of their adventures – school and life in a new area, lots of new place to explore and friends to make.

Family in a Van

Originally from Australia’s most expensive city, Sydney, we’re not surprised that this family decided to leave their life of working too hard and sacrificing time to make enough money to live in favour of a better quality life altogether. If we were to create an award on Vagabond Family for the coolest mode of family transport, their Combi van would surely be a contender. 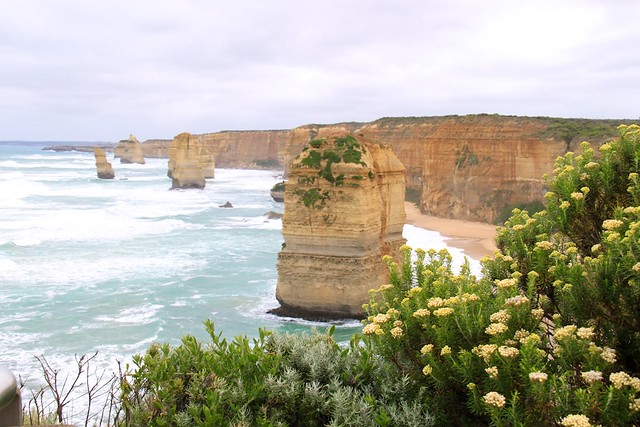 A number of other Vagabond Family members are also preparing to set off to explore Australia in the next few months. We’re looking forward to reading about their travels.

(Thanks to Wandering-Photographer.com for the first two photographs in this post.)