A Mother’s Perspective on Sipadan Island 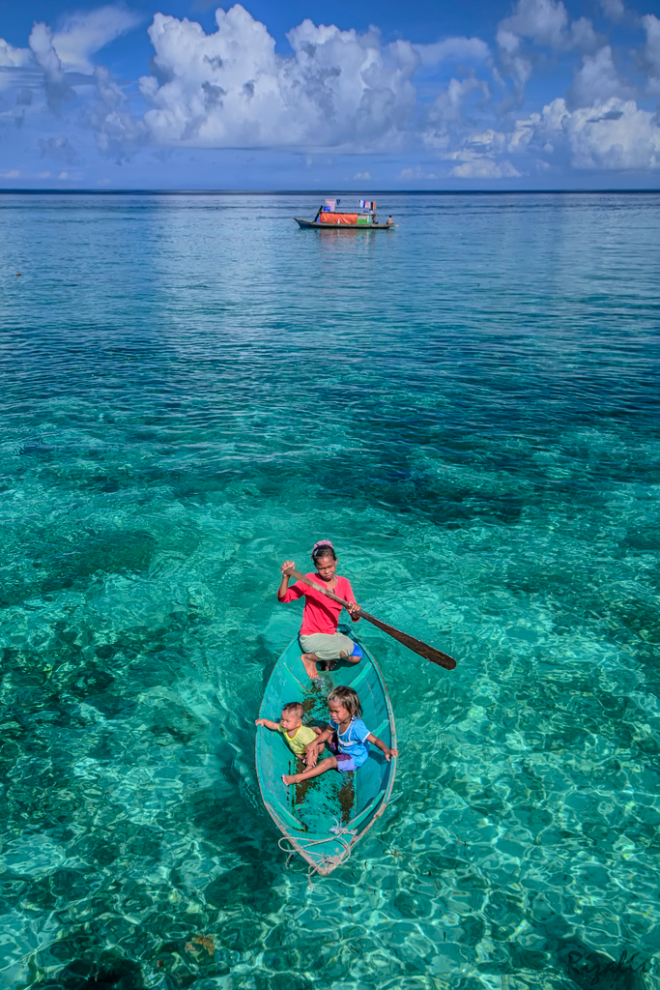 Ever since my own mum took me on a Caribbean cruise when I was 13 years old, I’ve always dreamt of going on vacation with my two young children: 11-year old Stephen and Sophie, who’s the same age that I was when I went on that cruise trip. This year it finally happened. Buoyed by a promotion at work, which proved instrumental in helping me accrue the necessary funds for our trip, and by the fact that I had accumulated about 10 days of leave by the time summer rolled around, we finally decided to give it a go this past July.

As far as locations go, as much as I treasure my Caribbean memories, it’s Southeast Asia that I truly fell in love with during my college days, so that’s where I decided to take the kids. More precisely, I wanted to do a tour of Malaysia, probably my favorite country in the whole area, concluding with a trip to Sipadan Island, where I figured I would introduce the children to the joys of scuba diving.

We arrived in Kuala Lumpur after a long flight during which I managed to get the kids to pay attention to their iPads instead of making a ruckus and bothering the rest of the passengers. Strike one for technology, I guess. We only stayed in Kuala Lumpur for two days, though, since big metropolises aren’t necessarily the main reason why I love Southeast Asia so much. Still, it was enough for them to gawk at the Petronas Twin Towers and enjoy a nice afternoon in the Kuala Lumpur Bird Park.

After that, we headed directly to Borneo. As the third largest island in the world, Borneo is pretty much its own country. The Malaysian side of it encompasses the states of Sarawak and Sabah, the latter of which was the focus of my family’s trip. We had a lot of fun hiking around the base of Mount Kinabalu, the highest mountain in the entire country, and spent an entire afternoon visiting the Mari-Mari cultural village, where my kids caught a glimpse into the lives of Sabah’s traditional culture, a culture that is so far removed from their day-to-day existence it might as well belong to Mars. We also got to witness the sight of orangutans slinging from tree to tree in the Orangutan Rehabilitation Center in Sandakan, a sanctuary for orphaned animals that is as heartbreaking as it is beautiful.

Then it was time for me and the kids to enjoy some of the finest diving the world has to offer in nearby Sipadan Island. This was one of the first places where I went after I got my PADI certificate in the early 1980s, and it was worth every cent back then as it is now. In fact, Sipadan regularly gets named among the top dive destinations on the planet, and for good reason too. Everywhere you turn here, it seems like there’s a brand new thing that catches your attention. On our first diving session, a family of turtles could be seen munching on algae right next to us. The second day, something like a dozen ribbontail stingrays just casually passed us by as we were exploring a renowned diving spot called the Hanging Gardens. Finally, on the third day we even saw a thresher shark, an extremely rare sight even in these creature-rich waters. Needless to say, Sophie must’ve garnered a thousand Facebook likes for her pic of this most fearsome of aquatic predators.

Finally, we spent the last two days of our vacation quietly nestled on the beach. We had enough time to catch up on our shared hopes, fears and dreams for the future, which is what any successful vacation ought to facilitate. Suffice to say, it was the kind of bonding experience that truly brings families together.

And so we concluded our first trip abroad closer than we’d ever been. My current hope is that such experiences will become the norm in our family, rather than the exception. And that one day Stephen and Sophie will get to do this with their own children as well, thus perpetuating a family custom that has been passed down from generation to generation. Until then, we’ll always have Sipadan Island.