Travelling around Europe as a family for less 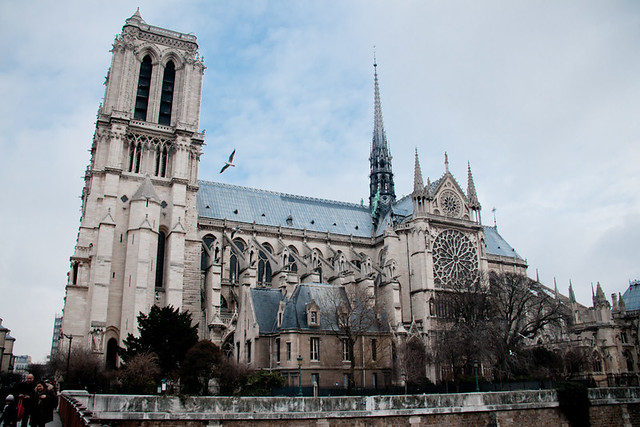 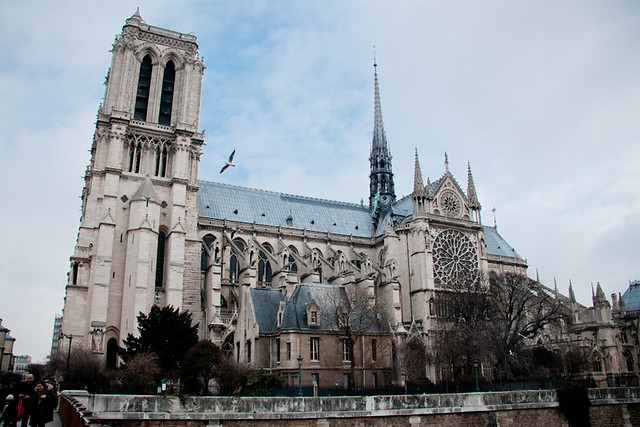 So what are the other options?

When you are multiplying train tickets by 4, 5, 6 or more they quickly add up. Long term car rentals are an affordable way for a family, especially a larger family to get around Western Europe.

Not to mention that there’s a lot to be said for the ability to go where you want and stop whenever you want when you have kids. For me, even if renting a car is slightly more expensive it’s totally worth it to avoid the hassles of things like getting off an overnight train with tired kids and then having to get into a bus or taxi to get to your accommodation with tired hungry kids. Or having to stop a bus for the third time in three hours so your kid can pee as the passengers and drivers glare at you. 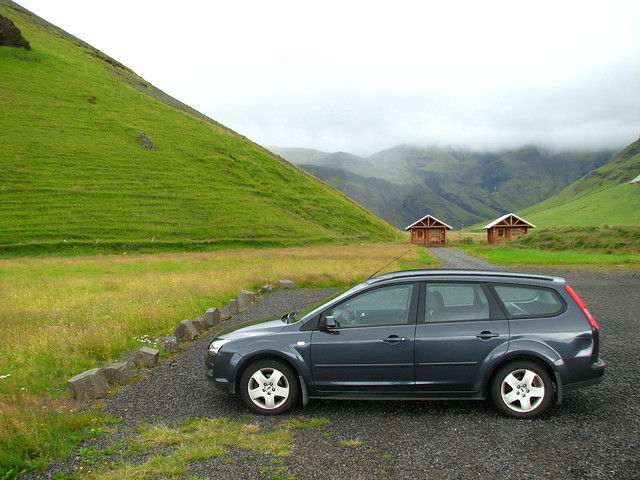 Cycling across Europe with kids isn’t as crazy as it initially sounds. Transport costs in Europe really add up. By cycling you can completely remove that cost … well apart from the initial cost of purchasing bikes. If you carry a tent you can camp, reducing your accommodation costs. You can even stay for free with other cyclists who make their homes open to touring cyclists. The 6-person Miller Family spent a year cycling their way across Europe and Northern Africa and their total expenses were under $30,000.

For many Europeans, cycling is a mode of daily transportation so most countries have excellent bike paths and drivers are familiar with sharing their road with cyclists. Take a look at the Eurovelo routes – a network of safe cycle paths and routes with minimal gradient changes that crisscross from Spain to Greece to Scandinavia and everywhere in between. And don’t forget that with the short distances between towns in most European countries you are never far from a place to stop or re-provision, so even cycling with younger children is a possibility.

Having bikes means you aren’t locked into tourist routes. You can get off the beaten path and see places you could never get to travelling around on buses and trains. And of course, cycling is not only a great way to counteract all those delicious European pastries and pastas you’ll be consuming – cycling is one of the most environmentally friendly ways you can travel.

If you are travelling around the UK, bus are a lot more affordable than the trains, unless you you can book your train tickets well in advance. MegaBus is one of the cheapest bus companies. They often have deals for as little as £1 between major cities if you can book in advance..

Depending on your route and the number of travel days you have, a bus pass through BusABout or Eurolines can be a lot better value for money than Eurail passes.

Generally speaking, buses are faster than trains, and much cheaper regardless of whether you are buying passes or just each leg individually. We found that for journey’s less than 6 hours buses were the fastest, cheapest and easiest way to get from A – B. For journey’s longer than 6 hours, with kids we either flew with a budget airlines or took the train.

Europe has a plethora of budget airlines. Wizz Air, EasyJet, Ryan Air, Aegean Airlines, Baltic Airlines, Berlin Air … just to name a few. If you are travelling long distances it can be much cheaper to fly.

It’s well worth getting on the mailing lists of the major budget airlines that fly the routes you are interested in several months in advance, but even just a week or two before you can still get very cheap flights. 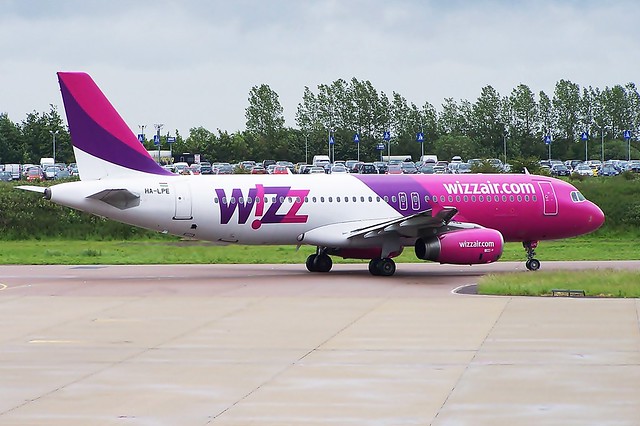 If you are travelling through Europe for longer than just a couple of months it is definitely worth doing the maths on purchasing an RV. Yes there is a significant outlay of money involved but you can sell the van at the end and recoup a lot of your expenses. The hassle of buying and selling a van if you are just in Europe on a 3 month trip is probably not worth it, but for longer periods it’s definitely worth considering.

RambleCrunch have a fantastic write up on their website of their decision to buy a motor-home to travel around Europe in and what was involved.

Many countries in Europe, particularly in Greece and Eastern Europe have fantastic free campsites. If you are travelling in the off-season or shoulder season you can get some fantastic discounts on camping grounds, especially for longer stays.

There can be some instances where it does make sense to use Eurail passes (or Interail Pass if you are an EU citizen). If you are just travelling around one or two countries, particularly Western European countries where train travel is expensive train the passes make a lot of sense. If you want to travel mostly in Eastern Europe you will find it much cheaper to buy train tickets individually at the station.

So how do you work out if rail passes are worth it?

A great resource is the German train website Bahn.de, which provides timetables and ticket prices for most of Europe. Jump online and do the maths on buying train tickets individually VS a pass.

When you are doing your maths, don’t forget:

The 7pm rule with Eurail flexi passes is this: if you are catching an overnight train it doesn’t count as two days out of your pass if your train leaves after 7pm, only one day. Why is this important? Because each ‘day’ that you pay for on your Eurail pass provides you with one day of unlmited travel, not one journey. Lets say you want to go from Prague to Frankfurt but the journey involves catching three trains. If your train from Prague leaves at 8pm on Monday arriving into Germany at 6am on Tuesday, your ‘travel day’ doesn’t acutally start until 12.01am on Tuesday. This means you still have from 6am when your train arrives until midnight on Tuesday to get to Frankfurt and it only counts as one day off your Eurail pass, no matter how many trains you catch.

You can get some amazing bargains on last minute cruises that you can use to get from A-B. Even with the discounts the fares are still going to be a lot more expensive than a train or plane, but considering the fares include your accommodation and food for the duraction of the cruise it might not be any more expensive than any other option. They can also be a great way to see some of the Mediterrean islands, if only briefly. 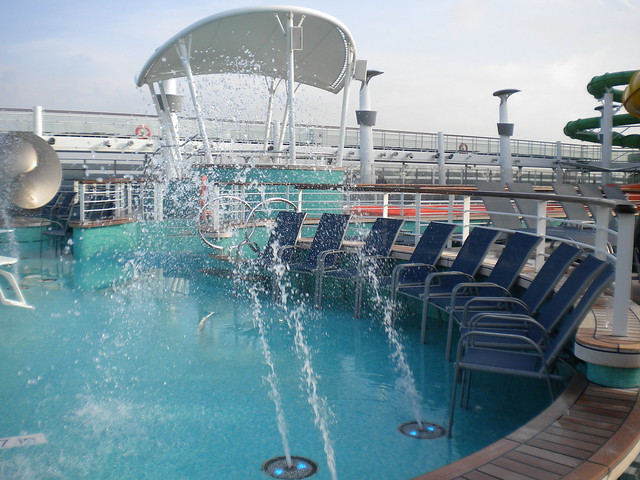 Check out Vacations To Go’s 90 day cruise listing (no sadly they’re not cruises that last for 90 days, it’s a page listing discounted cruises leaving in the next 90 days). You need to register to see the list but it’s worth it, even if you only ever look at it and dream!

In the USA, Australia and New Zealand it’s quite easy to find relocation deals through car rental companies. A relocation deal is where a rental company or a private enterprise (for instance someone moving from Washington to Florida) needs to get a car from one city to another by a certain date. The relocation company offers you a greatly discounted rental fare (sometimes even free) and often subsidised fuel costs in exchange for you driving the car to the required destination by a set date. The negative is you often have to be pretty flexible with your travel plans and happy to get from A-B quickly. But it is a good way to get around cheaply.

Relocation deals are harder to find in Europe but they’re not impossible, particularly if you are wanting to travel between popular tourist destinations in Europe where people commonly rent a car one way and the company needs to return the car to it’s original location.

There are several German websites that are well worth keeping an eye on for relocation deals. Autologistik have regular auctions of company vehicles that need relocating. The relocation details are in German but you can also contact them directly with a transport request. Mitfahrzentrale is a ‘car pooling’ directory, a little like an online hitch-hiking register! Most of the posts are from people offering a spare seat in their car in exchange for a contribution towards fuel costs, but often it’s also possible to find cars that people want relocated. The website has been around for years. We used it back in 2001 to drive from Berlin to Brussels for $5 per day plus fuel.