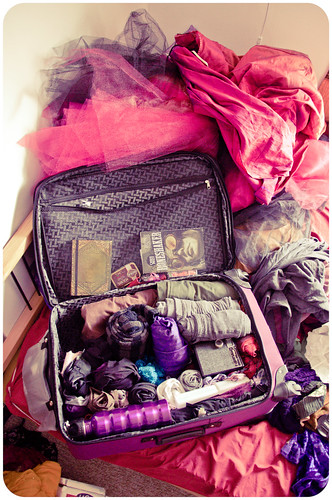 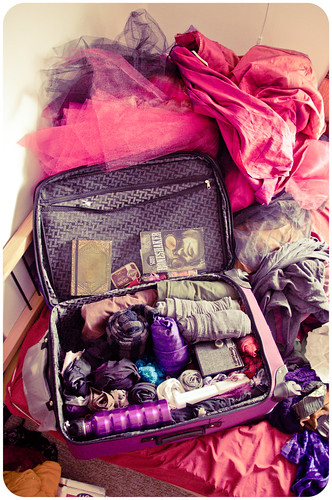 When we first started planning our round the world trip in 2009, I spent hours scanning the internet for lists of ‘essential things to pack’ developed by experienced travellers. I ended up completely overwhelmed by the list after list of supposedly essential items that we needed to bring. Our medical kit alone would take up half a pack if we packed everything the lists were recommending. We’d made a commitment to travel light – just one 55L pack on wheels and two 40L packs, as well as a laptop/camera bag (that admittedly is heavier than our other packs combined). How on earth were we going to fit in everything the lists were telling us we should be packing?

Over a year of travel we still don’t have all the answers. Each time we pack and move location we find something else in our packs that we haven’t used in months or acquire some new seemingly ‘necessary’ item that we usually find in the bottom of the pack three months later forgotten after the first week. Everyone travels differently and obviously our IT requirements are different to other travellers as we are working while we travel, but those things aside … after a year on the road on the road we can share what we found to be useless space fillers that collected dust and weighed down our packs.

1. Travel towels for everyone

For 6 months we carted 4 travel towels similar to these and never used them. Not once!

OK I lie – we used the kids travel towels twice when they went swimming and the hotel towels were all wet. We’ve never used the adult towels. The kid sized towels have also been handy for stuffing around delicate camera equipment if we have the camera in our daypack rather than lugging around a camera bag. But we could just as easily have used clothes for padding.

Most places that you stay supply you with enough towels that you will never need travel towels. Even most cheap hostels supply towels these days. We’ve now sent our two larger travel towels home and just kept the kids ones as they take up almost no room and are occasionally handy. If and when these need replacing we’ll most likely buy a sarong.

Before leaving Australia we splurged on two travel mosquito nets from specialty travel stores that hang from a hook on the roof. We thought these were a must have for travelling in tropical countries, especially given that our son is allergic to mosquitoes.

We used them once. And this time I do mean once.

Ninety percent of the time we have stayed in rooms with air conditioning that were mosquito proof. Frankly AC just makes life easier when you’re travelling with young kids and in most places that we travelled it was only $3 extra a night to have air-con. When we did stay in a non-AC room or one that had holes in the screens and walls big enough to let even birds in, there was never any hook, nail, light or fixture to hang the mosquito net off anyway.

Unless you’re really roughing it and staying in $6 a night huts on the beach, often the non-AC rooms have mosquito nets anyway.

We’re not saying a mosquito net isn’t useful. In some areas they’re a must. Its just the ones that you have to hang from a hook that are often more effort than they are worth.

Our advice is even if you think you’re going to rough it more than we did, wait until you’re on the road and see how you’re going to travel before buying mosquito nets. You’ll probably find that almost every place you need a mosquito net has one available for you to use. And as I said, we had every intention of sleeping in the cheapest bungalows we could find but with little kids and the heat in Asia it just never seemed worth it to have a sleepless night to save a few dollars. 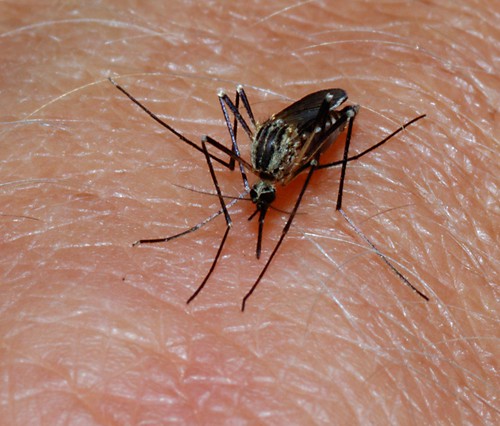 Packs with wheels are the best invention ever for travel with small kids. But backpacks on wheels are a complete waste of money.

Honestly, I have no idea what we were thinking when we got those. “Oh they’ll be handy if we’re need to put them on our back rather than wheel them”. Yeah right. if you have the option of wheeling a heavy pack or putting it on your back, what are you going to choose? And aren’t you going to have a daypack on anyway. So where is that backpack with wheels going to go?

The backpack straps and frame add extra weight that you’ll need when you’re trying to cram everyone’s gear in and keep it under budget airline weight limits.

It’s worth noting that many families travelling with older children swear by having one small backpack per person (even the children). But for travel with kids under 6 who are too young to reliably carry their own packs, we think packs with wheels are fantastic. When you’re in the middle of peak hour in a busy Asian city trying to cross three main roads to get to a train station with all you’re gear, its only a matter of time before one of the kids trips over, their backpack gets too heavy for them or little legs get tired and you have to carry a child. Not an easy task if you’re already carrying a pack in your arms or on your back, and suddenly have to juggle a child and their pack. Wheeled packs that just the adults carry are fantastic. 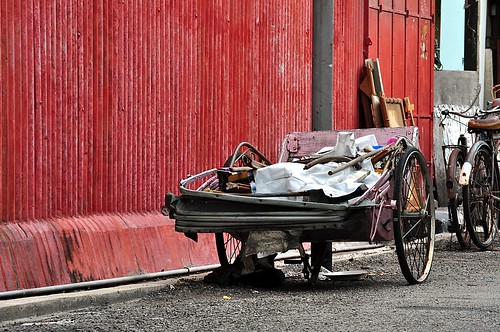 4. An extensive medical kit that covers every ‘just in case’ sitation.

Unless your heading into rural Laos or hiking in Tibet, pharmacies in almost every country that you will visit will be easy to find and amazingly well stocked. We left Australia with a medical kit designed to cover every just if situation we could think of in case we couldn’t find it the supplies we needed overseas. But the truth is it’s often easier to get medications overseas than it is at home. For instance in Asia we found there are more pharmacies, they’re open longer hours, products are cheaper and most things are available over the counter rather than on scripts provided you have a valid reason for needing the medication.

Medical kits are very important. Just don’t go overboard with ‘just in case’ items like triangle bandages and metres of gauze that you will cart around for months just in the off chance that someone injures themselves. Because more than likely in the rare event that an injury that is too serious for bandaids does occur, you’ll be near a pharmacy anyway or some amazingly kind local person will offer to jump on his bike and get what you need from the nearest pharmacy three towns away.

Bring the essentials you know you’ll need for minor first aid like bandaids and antiseptics, plus any medications you’ll need for yourself and the kids in the events of colds, allergies, migraines or travel sickness, but the rest you should be able to buy when you need it. You can always stock up before heading on that hike in South America or Tibet!

If you find yourself thinking ‘I might need this’… chances are you will but it won’t be for another five months and you’ll just be carrying it around for all that time for nothing. And of course if you’re heading into more remote areas stock up over here right before you go, rather than lugging those ‘just in case’ items around for months.

I rarely wear makeup back home in Australia so I have no idea why I packed a makeup bag. I just couldn’t leave home without it just in case we found a baby sitter one night and wanted a special night out. We’ve had quite a few nights out while the kids were left with friends or babysitter. Guess how many times I’ve worn makeup? Once.

Let’s face it – when you’ve only got travel clothes to wear out and sensible shoes, makeup just seems out of place. A moisturiser with foundation, mascara and lip gloss are worth packing, but leave the rest at home with all your other junk and embrace not being a slave to one of societies ridiculous customs!