Planning the Dream: How We Ditched Our Life Back Home to Take A Family Sabbatical 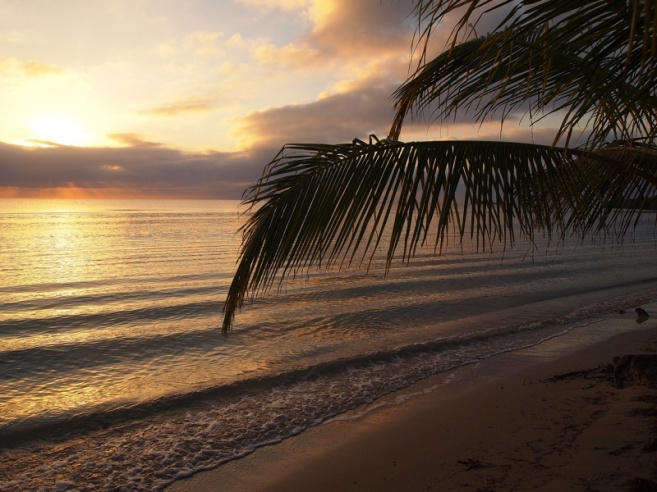 When we decided to take our children on a six-month family sabbatical, we knew we’d have a lot to do to get ready. What we didn’t realize is how the entire planning process leading up to the journey was a learning experience every bit as much as the actual time away has become.

We set our intention on living this dream. We researched, we planned, and we listed out all the reasons this would be a great idea for our family. The 10,000 reasons we shouldn’t do it paled in comparison when we nailed down the few compelling reasons we should.

Here’s how we did it:

When we decided to live our dream of long-term travel, our friends and family didn’t get it. When we mentioned our intention to move to another country for a six-month family sabbatical from ‘regular life,’ people snorted, looked uncomfortable, or otherwise let us know they thought we were crazy. Most were too polite to say this in so many words, but it was clear in the way they wouldn’t make eye contact and asked disbelieving questions.

Standing by our convictions to live this adventure was difficult in the face of naysayers. This was our life. If we didn’t march to the beat of our own drum, we wouldn’t be living true to who we were as people. And what’s the point of living at all if you’re only living someone else’s reality?

Facing the negative attitudes was a challenge. But we faced them, regardless, and came out knowing our own minds. Traveling away from home for a significant portion of time was something we knew in our gut was good for all of us. We learned to ignore the criticism.

The second struggle came in naming our fears and working through the possible outcomes.

Okay, so we were taking our 11-year-old, 10-year-old, and 7-year-old out of the private, Catholic school they’d attended since preschool. What if people were right and we WERE handicapping them educationally?

We dealt with this fear by researching the options, making a decision and sticking with it, and realizing we could always pull them out of any bad situation and homeschool. Or… just go home!

We took a good hard look at the school options in the countries we were considering (Costa Rica, Panama, and Belize). Belize, the country we ultimately decided on, was probably the least quality school option. But it was the best choice as far as immersing our kids in a totally different culture. Here our children attend one of the poorest schools in Belize in a town of 300, Monkey River Village. They sit next to kids whose parents head out at 3 a.m. to pick bananas and citrus or work as tour guides or fisherman. Some of the kids can’t read in English. Some have no plans of attending school beyond the 6th grade before they begin the work their parents do. We decided that the lessons they would learn about culture, human nature, cause and effect, tolerance, and compassion would well be worth taking a hit on math and science.

Another fear was that something would go wrong with the business we were leaving back home.

We own and rent residential housing and rely on the income from this for our livelihood. Up until six months from our departure, my husband handled every little detail himself. He was doing the work of five people and had the high blood pressure to prove it. He started the business but found himself spinning his wheels as he tried to take on too much. Slowly, he began replacing himself with skilled people who could take on the details of the business, placing himself in the position of manager and overseer. This not only freed his schedule and took away some layers of stress, but it also gave him the opportunity to look at the larger picture and see more clearly where he wants to go next professionally.

So, what could happen? The people working for us could fall down and need replaced. The business could take a hit financially. A tenant could flame out, a building could burn down, a roof could need replaced. The thing is, any of these things could happen if we were home, and Kevin was managing the whole thing from his home office in Pennsylvania. Very few problems exist that can’t be handled via email, Google voice, phone, or text. And, if it came down to it, a flight home for Kevin wouldn’t be out of the question if he had to give the business necessary face time.

And, failing all that, we could simply change our tickets and… go home.

The last fear was that we wouldn’t be able to hack it, personally. That we would miss our life back home to such a degree that we had a terrible experience and would want to quit early. So what if that happened? We’d quit early. Where’s the problem in that?

One by one, we faced the fears and realized none of them were insurmountable. None would kill us. We could take each day at a time. And, even if something brought the experience to an abrupt end, we’d still have more of an adventure than if we didn’t try it at all.

Plan as much as possible …

In working through all the details of this six months away, we were as thorough as anybody could be. The first thing we did was to give ourselves a deadline. We knew we’d never make this trip happen if we weren’t serious about scheduling it into our life. Although we originally planned it for January 2013, we ended up pulling it into November 2012 when a house sitting opportunity came available.

We talked to teachers about our plans and determined what areas we should supplement, in case we felt the kids were getting behind in key subjects. We arranged with my brother and his wife to rent our house while we were gone. This was something that fell into place seamlessly since they were ready for a move and plan to take their own sabbatical when we return from this one in the spring. Of course my husband had work to do in prepping the business for his departure. Mostly he did this by training his independent contractors to do the tasks he’d hired them to do – and to do them well.

And then just let go

Once we prepared as much as we could, it was just time to take the leap. No amount of planning can totally prepare you to leave your home, your routine, and everyone you know. Just like skydiving, which we did for the first time in October, we learned that we just had to get to the edge of our former life and – jump!

We could have spent inordinate amounts of time planning for medical emergencies or a bad school situation or financial problems. We could plan down to the last detail and still need to change the plan when the time came. So… why plan that much in the first place? Why not just get there and see?

Living a dream takes courage but mostly it takes setting your intention on a goal. And getting started. Once you decide to move in a certain direction and take the first step, the other steps become easier to imagine taking. Before you know it, you’re at the top of the staircase and your whole beautiful life opens up in front of you. If you never try – if you never take the first step in the first place – you’ll never know what could have happened.

The one outcome we hadn’t counted on was the newly-formed idea that we would want to do this again… and again and again. We realize now that it’s possible to travel as a family on a long-term basis. We’ve met many families who have chosen this way of life. And, now that we’ve tried it, we can see the many benefits. So, now that we’ve made this dream of traveling for six months with our family happen, our only question now is… how do we make it happen again?

Tips for Introducing Finger Food to Your Baby

How to Prepare Your Children For Summer