We Listened to the Universe … And Took A Family Sabbatical 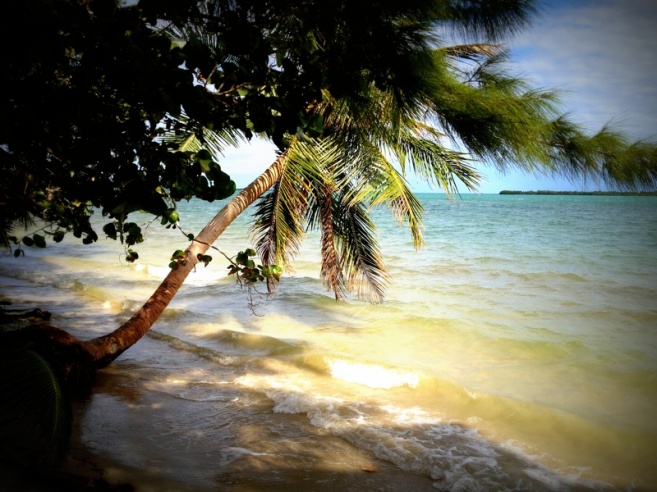 We are just an average American family. We live in a middle-class, suburban neighborhood. We have the requisite two cars (one being a mini-van), mortgage on a house too big for us, and a busy kids’ schedule. Up until recently, we even had the dumb, happy dog to go along with our happy, perfect life.

In 2010, we lost two parents (my mom and my husband’s dad) to the monster of cancer. Both were diagnosed within weeks of each other. Both were dead within ten months. It was a terrible year and a terrible ordeal.

When the haze of grief finally faded, my husband Kevin and I had many long talks. We talked about our parents and how their lives were cruelly cut short. They did everything right and enjoyed good living but, at 65, they surely left before they could accomplish all their dreams. We talked about the brevity of life and what we wanted to do, see, and experience before our hours on earth were up. He wanted to achieve certain business goals. I wanted to write a book. We both wanted to travel.

We stopped listening to the 10,000 reasons we shouldn’t live the life of our dreams and started focusing on the few intensely compelling reasons we should. This new mindset helped us tap into a well of energy we didn’t know we had. Life became exciting and fresh.

Last November, the universe sent us a sign – in the form of a Travelzoo flight deal to Costa Rica. We looked at each other, he and I, and said simultaneously, “Let’s book it!”

The ten days in Nosara, Costa Rica were magical, simple, and freeing. Suddenly, our eyes were opened to a whole new world, one that wasn’t stuck on consumerism, busy schedules, and the endless cycle of earning and spending.

During that trip, a small spark of thought started to take shape in my head.

Over the next couple of months, we got sucked into the commercialization of Christmas along with our fellow Americans. One thing we did that was unusual was to order a subscription to International Living Magazine. When the first issue came, right after Christmas, we were in the week-between-Christmas-and-New-Year’s relaxation mode. The kids were off school. The snow was falling. I had nothing else to do but sit back with my new reading material.

As I read about foreign vistas and people who were moving to them, the idea sprung from infancy to toddlerhood in an instant. I wanted to travel but not on another 10-day vacation. This time, I wanted to go, LONGED to go, for a long-term period. And I wanted to take my family.

Immediately, doubts crept in. We owned a real estate business in our hometown. The kids had school. We had a house, two cars, a dog. How could we possibly…? Wait, could we…?

We had many discussions, Kevin and I. They started off sounding like this:

Me: “What if we hired some people for the business, found someone to rent our house, sold both cars, weeded out a lot of the junk we don’t want anymore…”

Him: “I see where this is going…” [groans again]

Me: “… And travel somewhere like Costa Rica or a similar place! We could take a six-month or a year-long break from our lives, gain a critical distance from our own culture, get out of our comfort zone, and come back to our lives stronger than ever before.”

This conversation slowly evolved, to where we started to knock the fears down, one-by-one. Kevin saw the sense in hiring out a lot of his workload, since he’d been doing about five jobs himself, as many small business owners do. He now hires a bookkeeper, maintenance people, and people to take phone calls. All of these tasks were pressing on him 24/7 and not allowing him to get a breath of fresh air. He knew he wanted to take his professional pursuits in a new direction, but he didn’t have the time or space to even consider which direction that would be.

He started to realize that a sabbatical from ‘regular life’ would give him time for creative thought and brainstorming about his future business plans. He also knew that I wanted to jump into the saddle of my writing career and ride.

I began writing for International Living. I started talking about following dreams, living your own personal truth, and travel on my blog, renaissancehousewife.com.

In my research about destinations, I met a couple online who was originally from England who now lived in Belize. They seemed so knowledgeable about Belize so I asked their advice on whether this country would be appropriate for a young family like ours. Upon first glance, Belize seemed so remote and exotic.

They gave me a ton of advice. They didn’t sugar-coat anything. They told me that life in Belize is sometimes rugged, especially where they lived in an off-the-grid property in a remote location of southern Belize. But they also pointed out the strengths of their adopted country, which they obviously loved very much: it is simple, authentic, natural, and friendly. Belize is an English-speaking country with a stable government and is relatively safe compared to some of its Central American counterparts.

We also had many long discussions about how their way of life is a great way to teach us and our kids about sustainability, appreciation for natural resources, and awareness. About how getting away from the chatter of America would give a family like ours a paradigm-shifting adventure not possible in our regular lives.

Throughout all of this discussion, I asked them if I could profile them for International Living.

After writing the article, I kept in touch with my new friends in Belize, keeping them abreast of where we were in our planning process. Kevin and I took another 10-day trip, this time to Panama, to scout out a location to hang our hats for six months.

We loved Panama. We found two awesome towns that would have been perfect. But, even so, when we returned home, we started to get cold feet once again. Now that the idea was becoming more and more real, all the old concerns began to pop up. What if something blew up with the business while we were gone, and my husband wasn’t able to manage it remotely? What if I couldn’t get my writing off the ground and the whole idea didn’t work toward my professional goals, as planned? What if the kids fell too far behind in school? What would our friends and family say? What if we wasted six months of our lives on a lackluster experience?

The Universe was working in our corner again. Shortly after we returned from Panama, my new friends from Belize emailed to say they were planning to move on to their next venture, a sustainable farm. Their house by the sea was on the market. The house hadn’t sold and they were getting itchy to start their farm.

They asked us if we would house sit for their property.

Here was a chance for them to have the freedom to move on to their next dream while ensuring their house was well cared for, and here was our chance to have a beautiful location for our family sabbatical!

After some thought and a lot of faith, we agreed. This was a time in our lives where we had to let instinct dictate. We had to let go of expectations and take a chance on an idea that spoke to our soul.

Besides, we knew our kids were at exactly the right age for this adventure. At 11, 10, 7, and 2, we felt they were still at the point in their childhood where 1) they want to spend all kinds of time with their parents; and 2) they wouldn’t miss a significant year in school, academically or socially.

We arranged to visit the couple in July at their home in Belize to make sure the arrangement would work for everyone.

So now it’s January and we just celebrated the new year in our (borrowed) seafront house in Belize. The kids take a school boat to their temporary school in a tiny town called Monkey River Village.

We’ve met so many cool and like-minded people down here. Some I’ve interviewed for articles and a book I’m writing. I have more work on my desk, in fact, than I can do. I’ve hit a state of professional flow.

We chose not to have TV. We don’t have sports schedules. We spend our days doing the things we love: talking, writing, playing, laughing, cooking, chopping coconuts, kayaking, swimming, building things. We have a million hours a day to spend with our kids and they’re blossoming under our undivided attention.

They’ve made Christmas presents for each other, from materials they found in the jungle, instead of shopping for gifts at the mall.

We know, intuitively, that this was the right decision for our family. A whole new way of life has opened up to us. And so now I ask the Universe… what’s next??