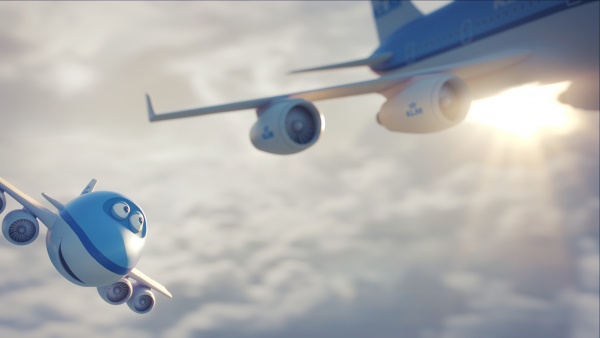 Travelling with Kids is never easy especially if it’s their first time flying. You have to do a lot of preparation and research while making sure the little ones understand what they are about to do. But sometimes, no matter how much you prepare them, the fear can instantly take over and making them feel at ease can be difficult. This is where Bluey can help out.

TV programs and Movies can easily influence children. This is easy to see with the seemingly unstoppable Frozen craze. It’s apparent that these films create a positive experience for children and this is what “Bluey The Movie”, the first in a series of animation films, also aims to create for KLM’s young travellers. The adventurous little plane’s positive outlook for flying is sure to create some excitement for them as he creates fun experiences at the annual Zundert flower parade with his father and his friend, Windy. Check out the adorable short film below:

The short animated film will not only be shown on KLM’s Official Youtube channel but also onboard all intercontinental KLM flights starting from June. The character was launched last November and has proven to be extremely popular among the young KLM passengers.

The little blue plane is perfect for children as his hunger for adventure and his fearlessness has created quite an unforgettable experience for him.  Although a bit too curious for his own sake, his desire to help makes him a perfect role model. After all, the children’s desire to know everything at that age is at its peak and Bluey embodies that very idea.

Having an activity while flying is a great way to distract the children from feeling too nervous on their flight and this is something that KLM understands very well. That is why every child aged 2 and older on board will receive a Bluey play set containing a memory game, tic tac toe and also other items such as a key cord, a card game, sticker, pencils and more. Children on European flights will also receive a Bluey passport holder and an activity book. Other fun items can also be purchased online.

If you have children and are interested in flying with KLM, you can find all the needed information here.