10 Facts About Dubai That Might Surprise First-Time Family Visitors 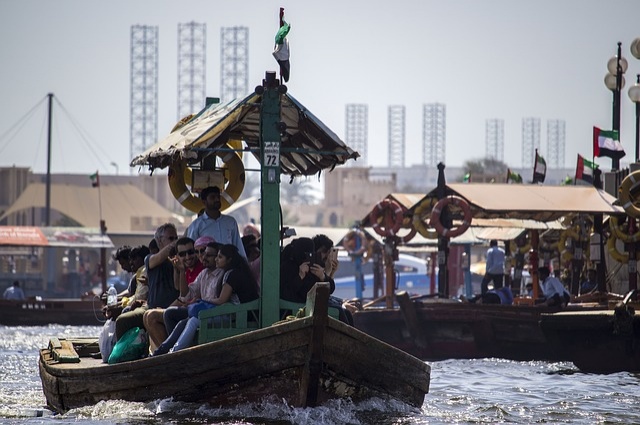 In 2017, Dubai was the 4th most visited city in the world with over 16 million overnight visitors. Its attractions are obvious to most: year-round sunshine, amazing beaches and resorts, such as JA Resorts & Hotels, and luxury and indulgence in every possible way imaginable. Add to this an iconic skyline, including the world’s tallest building and some tempting visitor attractions, and you get a very desirable destination.

However, delve deeper as a tourist yourself and you’ll find that Dubai has still quite a few surprises in store especially for families visiting the city for the first time.

Dubai is renowned for its skyline and it certainly packs an architectural punch.

Dubai’s skyscraper credentials are second-to-none in nearly every way; the city is home to the world’s tallest building (the Burj Khalifa at 828m) and the world’s tallest hotel (the Gevora Hotel at 356m). In total, it’s home to 18 buildings over 300m, more than anywhere else in the world.

However, if you’d imagined an endless sprawl of office and residential towers, you’d be wrong: Dubai is actually home to significantly fewer smaller skyscrapers than Hong Kong and New York. It also has a much smaller population than these cities (around 3 million compared to over 7 and 8 million).

All of this means that Dubai avoids the oppressive feel that you may feel other cities have and as such, makes it much more family-friendly. So if you’ve dismissed certain cities as too busy and bustling for a family trip but still want the architectural wow factor, Dubai is a great choice.

2.  There’s no Shortage of Things to Do in This City

Tripadvisor currently lists more than a thousand things to do and places to visit in Dubai. Favorites include Dubai Fountains, Dubai Mall, Desert Safari Tours, Boat Tours and, of course, the Burj Khalifa.

3.  It Has More History to See Than Most People Realize

It’s easy to believe that Dubai has risen suddenly from the desert. It is true that while London, Paris, Hong Kong, and New York have been globally famous for centuries, Dubai is a relative newcomer in this respect. This, however, disguises the fact that Dubai does indeed have a distinguished past, albeit on a smaller scale.

The city enjoyed prestige for many decades as a pearl farming centre until well into the 20th century, before oil and tourism became bigger sources of income.

Thankfully, and to many visitors’ surprise, much of the original old Dubai by the Dubai Creek has been preserved with all its charm still intact. The neighborhood is now home to galleries, boutiques, cafes and even a floating family friendly dinner cruise. Families on vacation can easily spend a whole a day meandering through the network of original alleys and passages.

4.  It’s known for outlandish construction projects that haven’t even been built

Despite the beauty of Old Dubai, the city is best known for its ultra-modern buildings. It’s famous for successfully completing some ambitious architectural projects such as The World and Palm Jumeirah which are both artificial islands as well as its iconic skyscrapers.

Some projects, however, have proved a step too far. There are several notably outlandish projects that either been shelved or put on hold. They include:

5.  It Takes Multicultural to Another Level

For every 6 people you meet in Dubai, it’s likely that only one will be a local Emirati. Professionals from all over the world have been drawn to Dubai and you’ll likely see Asian, Antipodean, African, American and European influences in many aspects of Dubai and hear many different languages spoken.

Its multicultural network of people has almost certainly contributed to Dubai’s fearsome reputation for hospitality and cuisine by enveloping the best of many cultures.

Your family will definitely be immersed in new and interesting cultures – an experience that you may not find anywhere else.

6.  It has the Longest Metro in the World

It may have been operating less than a decade, but Dubai’s metro can still claim to be the longest in the world beating its older rivals hands down at 75 km or 47 mi long.

Add in a well-established network of taxis, many of which are now hybrid, and you get a city where you and your family can easily get around.

7.  It Also has the Biggest Shopping Center Where You Can do a lot More Than Shop

Dubai Mall is home to more than 1,200 retail outlets and it is the world’s largest mall based on the total area covering the equivalent of 50 soccer fields. Paradise to any lover of shopping, surely.

However, the biggest surprises that Dubai Mall can offer are not its shops but its entertainment attractions. There’s fun for all ages, with an internationally renowned aquarium and underwater zoo where you can get up close to sharks and other exciting marine life, even dive if you wish.

8.  This Desert City is Home to the World’s Largest Flower Garden

The Dubai of most people’s imagination may well feature a lot of steel, glass, concrete, and sand; it is a desert city after all. A horticultural paradise is unlikely to feature in most people’s mind’s eye. Yet, unbelievably, Dubai is home to the world’s largest flower garden.

Aptly named ‘Dubai Miracle Garden’, this perfect family  oasis features an ever-changing display of at least 60 types of flower over 72,000 square meters. Amongst its most striking previous displays has been a life-size floral replica of an A380 Airbus.

9.  Even the Emergency Vehicles are far from Average

It’s no great surprise that there are plenty of supercars cruising the streets of Dubai. But a high-tech police car? Or ambulance?

Dubai Police operates a fleet of 14 luxury supercars, including the world’s fastest police car, a Bugatti Veyron which can go from 0 to 60 mph in 2.5 seconds. Similarly, the Dubai Corporation for Ambulance Services is now operating a Polaris Slingshot first response vehicle. Your kids will certainly love to have a glimpse of these futuristic vehicles.

Lastly, Dubai’s population is anything but idle and there a lot of participation in sport. The most popular sports played by residents are soccer, followed by cricket. But in general, it’s hard to find a sport that isn’t played somewhere in Dubai, thanks to its large expat population.

It also has its place on the world stage of sport with its most famous events including The Dubai World Cup horse race; The Dubai Tennis Championships – a WTA/ATP event; and the Dubai Sevens Rugby tournament.

If your kids are into these sports, time your visit to coincide with these famous events.

There are also some unusual sports that are widely enjoyed in Dubai. These include falconry and camel racing. There’s less human participation in camel racing than you might expect though since the camels are jockeyed by robots.