Key Things To Remember Before You Move To Houston 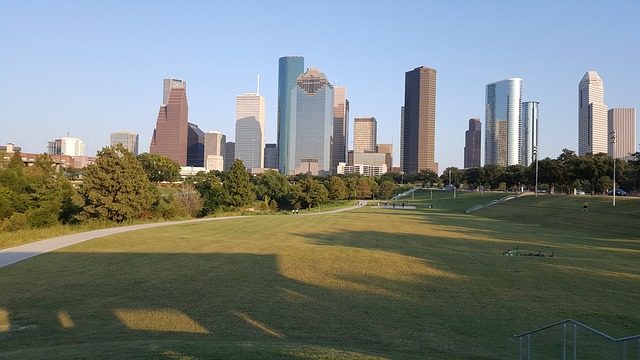 As the fourth most populous city in the US with 2.3 million inhabitants, Houston is a diverse city home to professional sports teams, NASA’s space center, Houston Grand Opera, and flourishing energy industry. Compared to other major cities, Houston is said to be the most welcoming of all.

So, after weeks or even months of carefully considering the idea, you have come to a decision — you’re moving to Houston! But have you thought of the essential things to consider before telling yourself to move to this city? If not, then now is the perfect time to have these key things checked before you pack your bags and head to the land of the Rockets.

Did we mention that Houston is a diverse city yet? Many other nationalities have found their home in this city. For a large part, this is what makes a living in Houston great. It opens your mind to the different cultures in the world and lets you explore them through the people and a wide range of cuisines.

Compared to other major cities in the US, Houston’s housing cost is relatively lower. Median houses start at around $150,000 and you may be able to get a mortgage with bad credit. The city’s affordable housing market is a significant contributor to the flock of new residents. While other cities with inflated population can’t keep up, the housing market in the Texas city has grown with its population.

Aside from the city being a driving one, traffic in Houston can be rough. While there are way more buses and rails now, public transit is still in the process of development. That’s why owning a car for daily use is essential in this city. Invest on one with an air conditioner, as the humid temperature is the norm in the area.

In Houston, long commutes are common. If you’re not as enthusiastic with long commutes as other people, choose a house that is near to your workplace or is inside the Loop. The Loop refers to the Loop 610, and Houstonians use the terms “inner” and “outside the loop” when giving directions.

However, if you want to experience the more peaceful side of your new city and adapt to its culture, you can opt to buy or rent a house in the suburb (outside the loop) and take your daily drive. If you decide for the latter though, always mind the traffic. It’s a pretty reasonable excuse if you are running late.

As it is a diverse city, Houston has a lot to offer on the subject of food. The city’s food scene ranges from high-end restos to sidewalk food trucks. With a variety of food available, residents always count themselves lucky to be living in such great place. And guess what, Houston has once named America’s Next Great Food City by GQ mag.

Before moving to Houston, remember that you may not be able to wear your favorite coat again. The city has a humid temperature, and rather than complain about it, just learn to accept and live with it. Not only does it make you happier, but the humidity also has a good effect on your skin. Yes, we’re talking about natural moisturizer!

Aside from humidity, rain is also always on the side as the city has a subtropical climate. You can always expect rain every day, so an umbrella is a must. If you have a car, it is also important to train yourself to drive under these conditions.

As you may already know, Houston’s location is a common path for storms and hurricanes, so if you’re planning a big move to the city, prepare a disaster plan for when an unfortunate event happens. Discuss and share the plan with your family or anyone who is living with you. Talk about where you will meet if you get separated during a disaster. It’s also recommended to stock on a disaster emergency kit.

Zoning laws are those that limited the commercial use of land. A part of these laws dictates the maximum allowed height of buildings in a certain area. Well, there’s no such law in Houston. This has both positive and negative implications. Positive as it will impact the expansion of housing stock and therefore the growth of the city in general, and negative as it will result in an unpleasurable sight of a mix of buildings.

Moving to another city is a big decision that requires more than just an overnight of weighing options. A lot of factors need to be considered to make sure you never regret the decision you make. If you’ve decided to make Houston your new home, Third Coast is here to help with your move in the most convenient way possible. Good Luck.