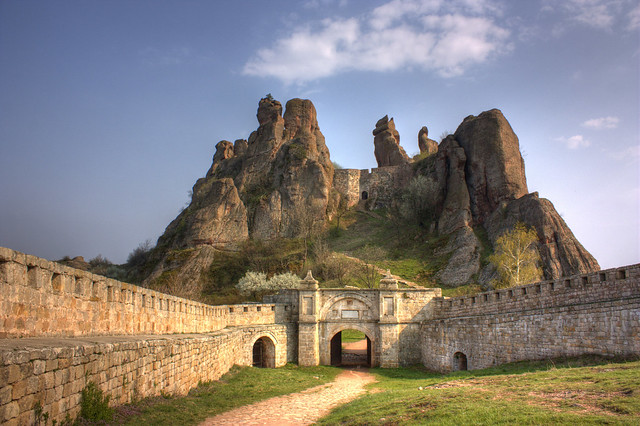 Bulgaria in Eastern Europe was a country we were really just planning on passing through last year during our three months in Europe. Just a quick stop, maybe some skiing and then onto Turkey or Romania. Instead we ended up staying there for 6 weeks. With gorgeous ancient buildings, beautiful villages, ruined fortresses, stunning mountains, beautiful beaches and vast forests the countryside is breath-taking and the history fascinating.

If you’re not convinced, do yourself a favour and follow Bulgaria Travel on Facebook. The pictures they post to their wall will have you quickly drooling. Take Belogradchik Fortress for example near the town of Belogradchick, a small town on in the north-west of the country near the border with Serbia and Romania. If the fortress somehow fails to impress you, the nearby historic towns, bizarre gigantic rock formations and the Danube river will take your breathe away. 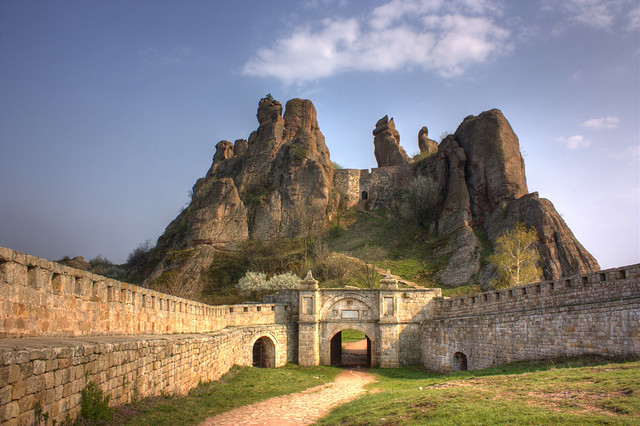 Roughly 30% of Bulgaria is mountainous. In summer the mountains are a lovely place to hike through stunning forests and unique natural rock formations and to swim in waterfalls and clear rivers. In winter they offer some of the best value skiing you’ll find in Europe for the facilities offered.

There are plenty of locations to choose from but one of the most beautiful and easily accessible areas are the Rila Mountains, just 2 hours from Sofia. The resort town of Bansko is a great place for families to base themselves in either winter or summer. From there you can explore the region and the towns are large enough to have all the facilities that your family might like to have close by – a wide range of restaurants, supermarkets, sport rental stores, medical facilities, parks, transport, hotels and apartment rentals.

In winter Bansko is a well maintained ski resort with lifts and runs almost on par with what you would find in the more expensive French and Italian resorts. The mountain isn’t huge but there are a number of runs suitable for children and ski lessons are very affordable (as is the on-mountain daycare and ski schools if Mum and Dad want to get some skiing time in for themselves).

In summer Bansko transforms into an adventure sports and eco tourism mecca. You can hike to pristine lakes, take up mountain biking or ride ATVs up mountains. For families with younger kids, the alpine forests just near the resort are filled with flowers and widely spaced trees – perfect for exploring and games of hide’n’seek. 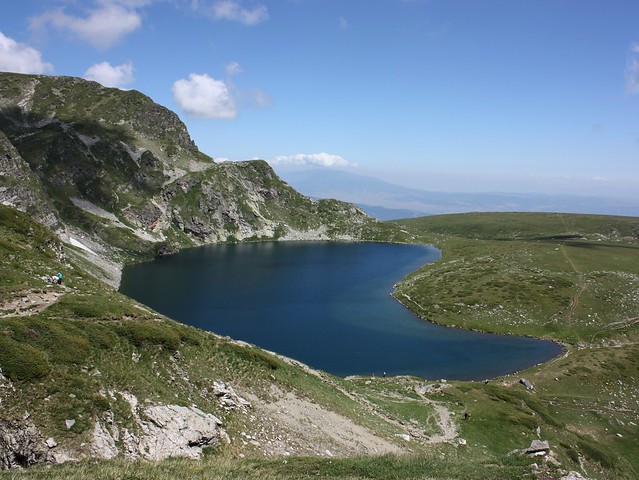 At around 35 euros a night for a studio apartment with kitchen facilites that sleeps 4 to a 3 bedroom apartment for 50-70 euros per night, staying in the Rila mountains is quite affordable. If you want to stay even longer, monthly apartment rentals start from 150-300 euros for a 2-3 bedroom apartment close to the gondola.

Bovorets and Pamporovo are other mountain resort towns that are well set up for families. The ski facilities are a little older, but that also means they are cheaper. 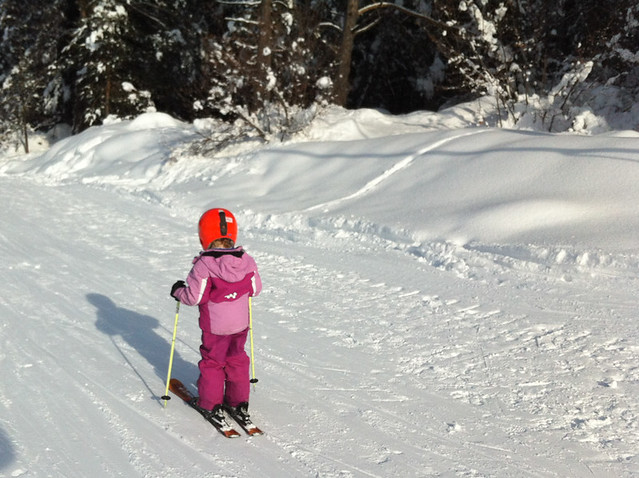 Lift passes range from 11-30 euros per day for adults depending on the resort. Children half price.

Equipment/bike hire: 5-20 euros per day depending on the quality of gear.

Accommodation: starting from 35 euros per night for a self-contained studio apartment.

Dining out: 30 euros per night for a family of four with a couple of beers.

Bulgaria has a long and fascinating history. The perfect way to learn more about this history and experience some of Bulgaria’s lovely cities is to spend time exploring Sofia, Veliko Tarnovo and Plovdiv. The smaller towns, particularly in the north-west are just as amazing, but if this is your first visit to Bulgaria these three are a great place to start.

Sofia is the capital of modern Bulgaria and has a long history, with human settlement in the area dating back to well before the 7th Century BC.

After being heavily bombed during World War II and rebuilt with rather uninspiring flats, it’s not the most beautiful city in Europe but it does have some of the loveliest churches and mosques you’ll see in the world. If you are in Sofia, don’t miss visiting the Alexander Nevsky Cathedral, as well as the architecture museum in the city and the National Archaeological Museum in Boyana .

The city has extensive parks and open spaces, as well as the nearby Vitosha National Park. If you have the time, take a day-trip to the foothills of Vitosha and explore the town of Boyana. 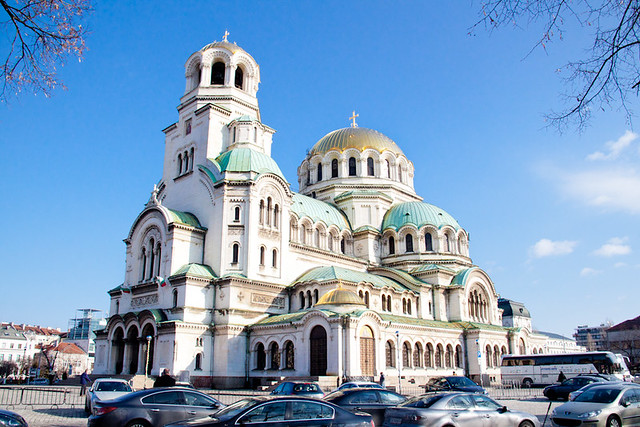 The pretty city of Plovdiv is one of the oldest continuously inhabited cities in the world. Visiting the old town is like taking a walk back in time. Maze-like quiet cobbled streets, 19th Century stone houses with wooden overhang upper levels in various states of restoration and amazing Roman ruins, including an amphitheatre that is still in use today.

How amazing an experience would that be to share with your children – seeing a concert in a partially restored 2nd Century Roman amphitheatre!

The old capital of Bulgaria, Veliko Tarnovo is steeped in history and beauty. Situated on three hills with a winding river, the overhanging houses line the cliff faces and wind their way down towards the river against the backdrop of an impressive fortress. Looking at the fortress and the walled confines of the old city you wonder how any army could have actually attacked this place rather than take one look and run away. It redefines impressive.

Today Veliko Tarnovo has plenty to offer families. Cheap dining with great views, parks, museums and the fortress. In the summer there are plenty of places to go swimming in the nearby rivers. In winter it transforms into a snowy wonderland. Bring a sled and your children will be amused for hours on the quiet steep backstreets. 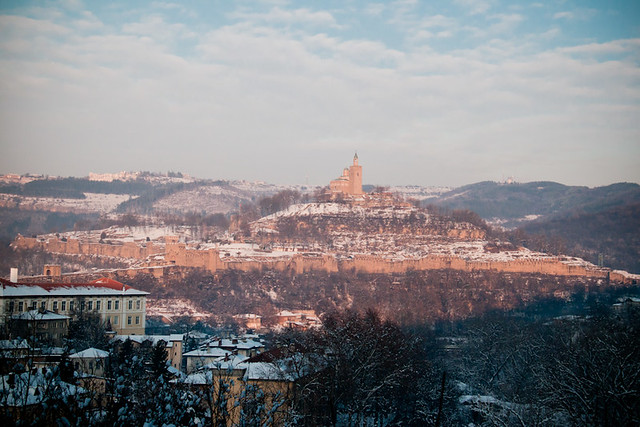 Varna, the largest sea-side resort is an excellent place to start your exploration of the Bulgarian Black Sea. During summer the long ocean front boardwalk and park-lands take on a festival atmosphere with families, food, activities and fun. The beaches can get very busy in summer, but then what European beaches aren’t busy come summer? From Varna it’s easy to travel north towards Romania through small villages or make your way south to Burgas or even Turkey. 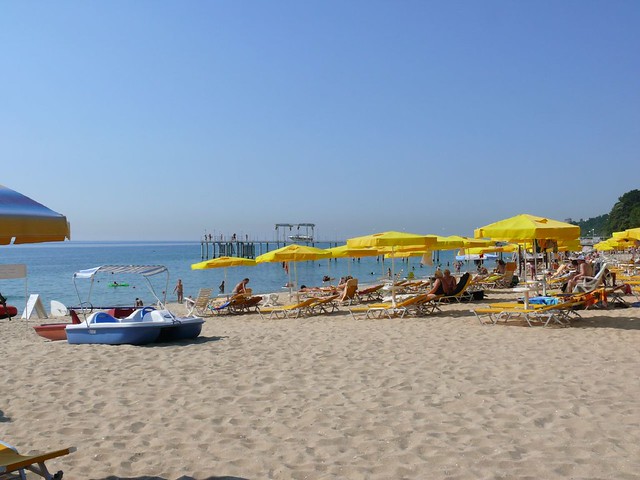 Things to know before you go

Bulgaria is a lot friendlier on your wallet than most countries in Europe. From the UK you can pick up budget packages for holidays in Bulgaria from Holiday Hypermarket and other travel agents. A number of budget airlines also fly directly to Sofia and the Black Sea coast, and just about every train or bus route in the region passes through Sofia.

Dinners out generally cost 20-30 euros for a familiy of four and we averaged 25-35 euros per night on accommodation, often including dinner and breakfast. Hostel Mostel (hostelmostel.com) was great value and very family friendly. If you can self cater, 6 euros will easily purchase all the ingredients to cook a fantastic family meal including dessert.

A ten minute taxi ride will only cost a couple of euros and entrance fees to almost every attraction were very reasonable. The cost of bus and train tickets varied greatly depending on the route but both were very comfortable. Buses are a great way to get around Bulgaria as they are fast, frequent and the roads are good. There are no toilets onboard buses and on routes of less than 3 hours express buses don’t stop unless you ask!

At this point Bulgaria isn’t part of the Schengen treaty. That’s perfect if you are a travelling family looking to spend more time in Europe than the 90 day Schengen visa allows.

Reading Cyrillic can be a handy talent, or at least knowing some of the alphabet will make your life easier navigating your way around towns, maps and restaurants. It’s a good idea to at least know how to read the name of the city or street you are heading to in Cyrillic as often buses only have signage in Cyrillic.

Since becoming a democratic country in 1990 English has been widely taught in school so you shouldn’t have too much trouble getting around without knowing any Bulgarian. Almost every Bulgarian we met under 30 was able to converse with us in English. Knowing some German or Russian is also rather handy as most of the older generation speak at least one of these languages.

Winter’s are cold and many areas get a lot of snow. That’s perfect if you like skiing and it’s definitely the quieter and cheaper than the summer months, but it is cold. We struck -26 degree Celsius days in the mountains and -20 days in Sofia. They really weren’t pleasant, although we did really enjoy the snow in Sofia before it got too cold. Spring and Autumn are lovely times to visit if you prefer to avoid the crowds and high season prices.

Our kids did struggle to find a wide variety of local food that they liked. Kebabs, sausages, pasta, breads and potato were all enjoyed by them but they didn’t like the rest. But supermarkets, local stores and markets were filled with foods that they loved. Fruit, yogurt cheese, sweet bread, nuts, dried fruit and a huge variety of kid friendly snacks were readily available and ridiculously cheap. We just brought bananas, dried apricots and yogurt to dinner with us each night.