Top Activities For Children 10 and Up in NYC This August 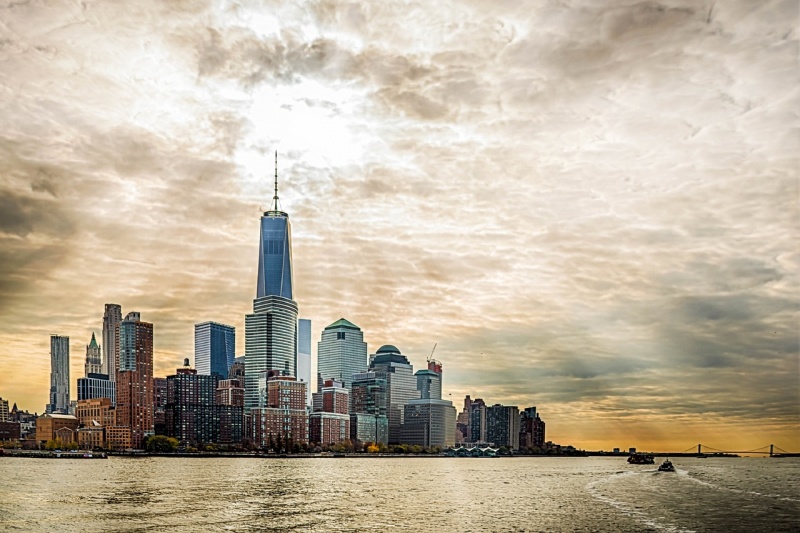 New York City is one of the most exciting places on earth, but the kind of fun you have changes dramatically when you bring your kids along. Instead of hitting up midnight shows and the hottest high-concept eateries, you get a chance to see a very different city, a brightly-colored place full of magic, fun, and excitement that offers up a seemingly endless supply of new experiences.

Top Activities For Children 10 and Up in NYC

From the Bronx to Brooklyn and everywhere in-between, these are the New York destinations that will fill your little ones with wonder this August while earning you the honorary title of coolest parents in town.

Fried food, face painting, and live music make for an experience your kids won’t soon forget. This August, celebrate the colorful diversity and unique atmosphere of a variety of New York neighborhoods by checking out the summer street fairs taking place around the city. On the first weekend of August, hit up the Maiden Lane Summer Expo and the Times Square West Spectacular, and follow it up throughout the month with celebrations on Waverly Place, Amsterdam Avenue, Brooklyn’s Fulton Mall, and in the Theater District.

Unlike MoMa, the Met, and the Guggenheim, this is one New York City museum where kids are encouraged to take a hands-on approach to art appreciation.  This Upper West Side institution hosts a wide range of educational programming and exhibits, including a fun and active celebration of the Rio Olympics from August 5th through the 7th where kids can burn off some of that extra energy while learning about the Olympic Games.

Widely regarded as one of the world’s best zoos, the Bronx Zoo is a must-see for native New Yorkers and tourists alike. This 265-acre zoo is home to more than 4,000 animals from over 650 species, and offers educational programming for children and adults throughout the year, with special exhibits and shows in the summer. While the weather’s still warm, make sure to check out the sea lion show and the butterfly garden.

Eager to expose your children to the magnificent diversity of nature? Look no further than the American Museum of Natural History. Located on Manhattan’s Upper West Side, this 2,000,000-square-foot museum celebrates earth’s biodiversity, preserving and educating visitors about everything from dinosaur fossils to space exploration. While you’re at the museum, make sure to check out a show at the Hayden Planetarium, directed by the world’s most popular astrophysicist, Neil DeGrasse Tyson.

Down along Brooklyn’s southern shore lies a neighborhood so unlike any you’ll find elsewhere in New York that it’s hard to believe you’re in the same city. Home to carnival rides, a famous freak show, one of the city’s most popular beaches, and a lengthy boardwalk perfect for an afternoon stroll (and maybe some cotton candy), it’s easy to spend the whole day at Coney Island and still feel like you haven’t seen half of it by the time you head home.

New York City’s aggressive drivers can prove formidable foes for little ones, so many parents are eager to find car-free thoroughfares to enjoy with their families whenever possible. One such walkway is the stunning High Line, an elevated park stretching over a mile from the Meatpacking District to Hell’s Kitchen. As you make your way uptown or downtown, you’ll be privy to some of the best views of the Hudson, as well as live performance, fragrant gardens, and an eclectic mix of vendors at either end.

Spend an afternoon by the water at the picturesque South Street Seaport in lower Manhattan. As you hit the neighborhood’s cobblestone streets, you’ll feel instantly transported back to another time, a feeling that only intensifies when you get a glimpse of the tall ships docked just steps away. Kids will love checking out the handmade wares available at the Seaport Studios Design Market and getting some new back-to-school clothes at shops like Abercrombie & Fitch and L.O.L. Kids.

If there’s any place in New York where kids can expend all of their energy — and we meanall of it — it’s at Chelsea Piers. This vast sports complex on Manhattan’s West Side is home to a skating rink, bowling alley, gymnastics facilities, soccer fields, batting cages, rock climbing walls, driving ranges, and more. Sign your little ones up for a class or just bring them in during drop-in hours to let them burn off some steam before bedtime.

Museum of the Moving Image:

Catch the train out to Astoria, Queens for an exciting field trip your kids are sure to love. The Museum of the Moving image celebrates the art of film, TV, and even video games through interactive exhibitions that will delight kids of all ages. This summer, check out exhibits like “Arcade Classics: Video Games from the Collection” and “The Reaction GIF: Moving Image as Gesture,” in addition to lecture series, film screenings, and educational workshops.

Treat your kids (and yourself) to something sweet by booking tickets to a cupcake tour. This 2-hour celebration of the city’s favorite confection begins at Union Square and hits up Baked by Melissa, Bisous Ciao, Amorino, Molly’s Cupcakes, and Magnolia Bakery, in addition to passing by landmarks like the Cherry Lane Theater, Washington Square Park, and the Religious Society of Friends Meeting House.

New Yorkers have two passions that they love above all else: complaining about the price of subway fare and the Yankees. Take your kids to see some of the world’s most celebrated baseball heroes, like Alex Rodriguez and Mark Teixeira, hit it out of the park as part of the legendary Bronx Bombers team. Whether they win or they lose, there’s no activity that epitomizes the camaraderie and celebratory spirit of New York City.

Give your kids the best view of the city skyline by seeing it above in a helicopter tour. Not for the feint of heart, this exhilarating way of seeing the city will show you all of New York’s most iconic attractions, from the Statue of Liberty to the Empire State Building, without the crowds.

Make this summer one to remember and enjoy New York from a new perspective by sharing the greatest city on earth with your kids.