Top 8 Fun Activities To Do With Kids in Sydney 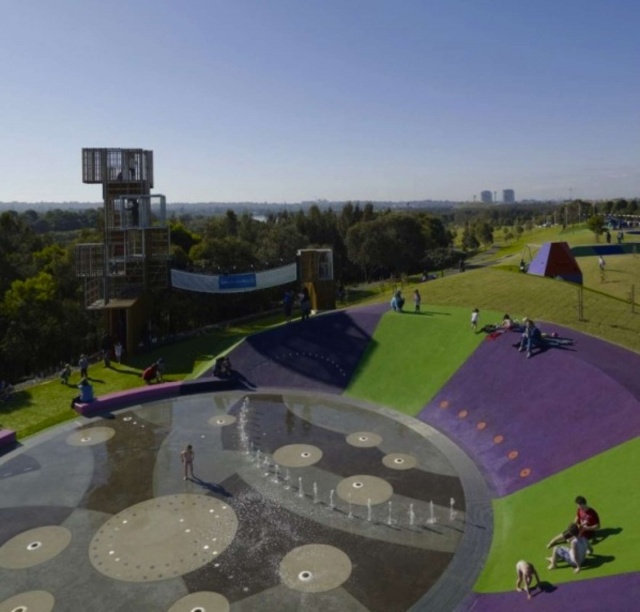 Are you planning a trip to Sydney with your family soon? Or are you living in Sydney and are sick and tired of all those same, boring places you take your kids to? If you were thinking about spending some quality time with your kids in Sydney, but not being to bored and having to pay (way) too much, I am going to share with you some of my family’s absolute favs in Sydney. Who knows, maybe your kids will love it too.

Because our kids love running around, jumping, and climbing all sorts of things, we decided to go to Blaxland Riverside Park and have some fun. This is not a typical kids park with all those boring fences and tons of plastic, but it is out in the open and has many natural slopes and curves which are turned into climbing walls, sand play areas, and great aluminum slides. Our kids simply loved it there and spend hours playing catch, running, hiding, sliding, and screaming with their friends.

We have heard from some of our friends who walked from Bondi beach to Coogee beach that this was an amazing experience and we couldn’t wait to see for ourselves. Luckily, they informed us that we couldn’t take our strollers, so we had to wait for our little ones to grow up a bit. After all, an hour and a half for a walk is not such exactly the same for the kids as it is for the grownups. We were so happy and thankful for all those little parks and playgrounds along the way because they have given us a chance to call a time-out and relax a bit.

We had to solemnly swear to our kids that we will take them to the zoo, because what is a trip to the big city without going to the zoo?! We did a little bit of research and came up with Taronga Zoo, which has several thousands of animals, both native Australian and exotic. This was a chance to actually learn something while having fun, and we were glad we gave it a go. It also gave us a chance to travel by ferry (kids were thrilled). Kids loved Daily Seal Show the most, sea-lions and fur-seals were super funny and absolutely adorable.

When our kids were both under the age of five, we were hesitated a bit to take them to a museum (actually, we hesitated a lot), but Sydney Powerhouse Museum was a revelation! We got back when they were older, but at that point, they fell in love with The Wiggle Room. They were sitting at The Big Red Car and later enjoyed the virtual concert.

With their ever growing love for jumping, skipping, and spinning around, we decided to take them to try out trampoline basketball at Boing Central, and we scored. They pretended they were famous basketball players who could jump incredibly high and dunk whenever they feel like it. They screamed and laughed and played for solid two hours before deciding they’ve had enough, and they begged us to come back again.

I mentioned before the children’s obsession with animals, and so one of our stop s was the Sydney Aquarium with the famous underwater glass tunnel which allows you to see everything while you go through. Kid’s fascination with sharks was totally predictable, but they also found out that stingrays are pretty cool too. Ask around for children’s tickets and do book the tickets online and in advance, it will give you a major discount. We went there a couple of times, and the second time I booked the tickets online in advance and saved a significant amount of money.

One time, we didn’t have enough money to wander around the city and visit different museum and amusement parks so we had to improvise. This is how we decided to go and explore the city itself a bit, but we waited for a special opportunity and so it came that we all wanted to see the Sydney festival and I am so glad we decided to ‘dive into it’. The incredible street performers, singers and artists – there was something for everyone’s music taste and preference. There are also many free performances and exhibitions which gave us a chance to go and get some gelato afterwards.

I insist on kids learning while they have fun, so one time we took them to Sydney Observatory in the heart of The Rocks and it was one of the best ideas! They learned about Aborigines, their idea of astronomy, some history, and later they climbed up into that famous telescope domes, trembling with excitement. Great guides were there to show and explain to them everything there was to see, and we were lucky to come in the evening. Guides told us that you can also come by day and look directly at the Sun through some special lenses. This disappointed our youngest one a lot, he really wanted to see how the sun looks like and so we had to promise he would get a chance to see that the next time we come to Sydney.

This may sound corny and all, but to be honest, the most important thing about spending time with your kids is to spend time with your kids. Talk to each other, tell them about the time when you were their age, show them a game form that time or teach them a retro expression. Before you know it, they will be teenagers and in a blink of an eye they will move away, find a job, get married, and have their own kids… Looking back, these moments you shared together as a family will be precious.